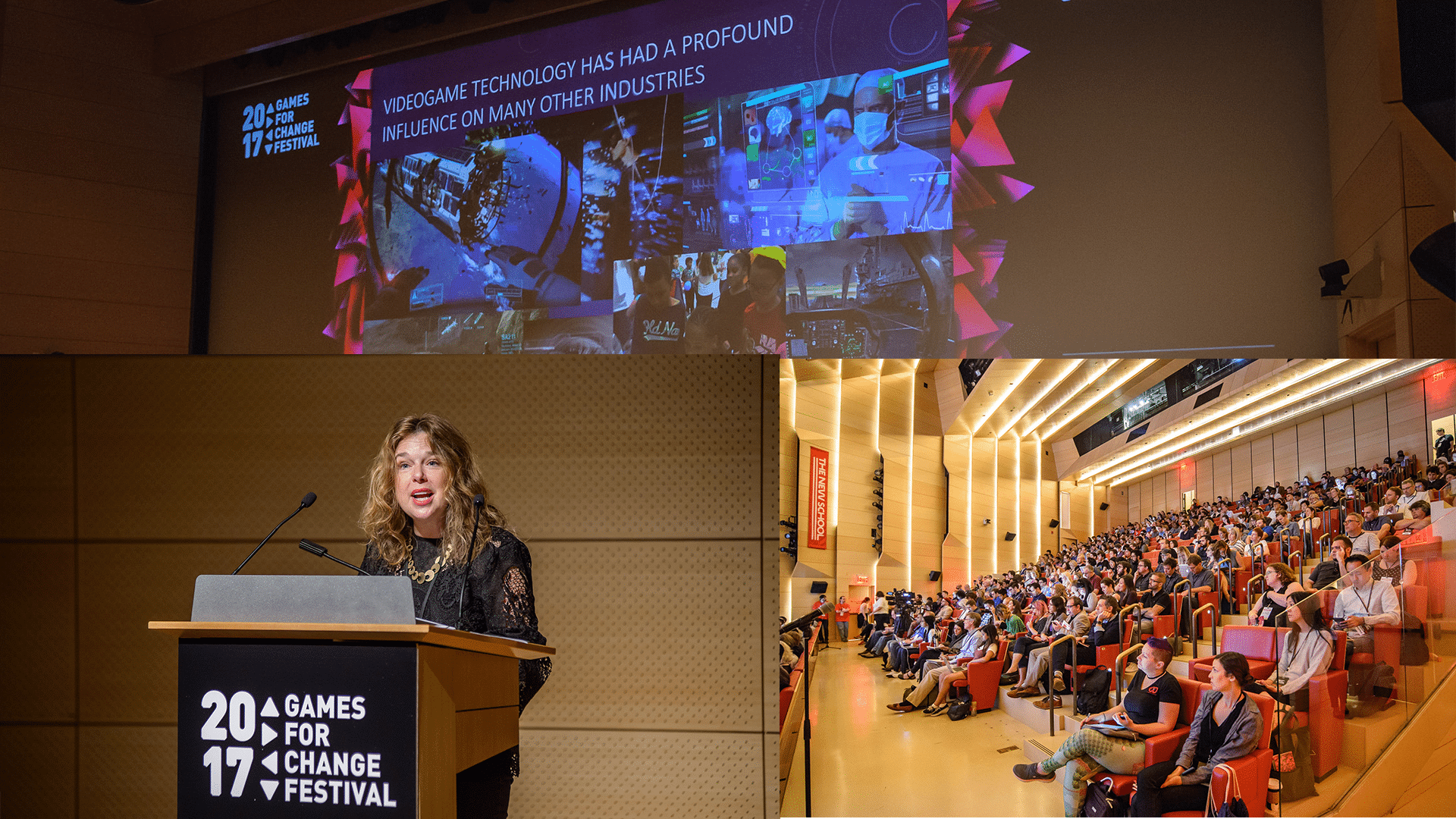 When extended an invitation to come and experience the Games for Change festival in New York City, it was too hard to pass up.

With my knee injured I was a little skeptical that this trip was going to be a good idea, but I was correct it wasn’t a good idea it was a great one!

This trip exposed me to the inner working of non-entertainment gaming, refreshed former connections and bred new ones. I left the festival inspired by the keynotes and speakers, buzzing with excitement from new connections and the familiarity I was looking for now that we will be start game dev with Gamers for Good.

I was charmed by a pair of brothers, mostly the 9-year-old, who captivated an entire auditorium. I was reminded of the value of salesmanship and passion.

I was horrified by the space we ethnically force others into in the game industry from Jews of WWII to middle eastern residents of modern time. They have been type cast and to hear the personal stories of the effect this has on both gamers and the developers themselves was eye opening.

The talk I will remember the most was watching a woman pitch her game, “Missing” told from the perspective of an escaped sexually trafficked young girl, even imagining the narrative in that game sent shocks up my spine.

The Games for Change festival brought not only wonderful people and products, more importantly it brought the love and the passion we all carried together for the common good and that was powerful!